Users attract to apps because of the amazing features that come with them. Apps have altered entirely every aspect of our life. But, on the other hand, apps have made today’s mobile phones smarter. Moreover, their multiple benefits have significantly impacted our lives and how we are doing things now.

1. Be Fluent In the Language

Understanding Java and XML can assist you in creating a more robust and elegant Android app. That’s why a top Android app development company always prefers such tools and technologies. And hire developers who are experienced and skilled. As it made their work easier.

If you are new to the Android field and app development, in that case, there are so many factors that you have to consider before diving into the pool of app development—for example, familiarizing yourself with new tools and technologies like build automation tools and the integrated development environment. These are the critical factors that you have to consider before you start working on your app project.

For the tools, you can use the Android app studio IDE or Eclipse. These codes are designed in a way that will assist you in learning the basics as well as many other important things. Moreover, that will aid you in refining your code. Several tools are available in the market. You can study Apache Maven, Apache Ant, and Apache Gradle because these tools are strong tools for handling and managing your builds.

On the other hand, it is also critical that you become acquainted with source control principles and technologies. Create a Git-source repository after learning git. For that, you have to create an account on Bit bucket or GitHub. The Git Pocket Guide can help you understand the fundamental principles and terms that govern how the platform works.

3. Understanding of the App Components

There are some fundamental components for almost everything. Similarly, the basic building blocks of Android app development are app components. Each component represents a distinct entry point for the system into your app. Although each one exists independently and has a specific purpose or role, some are interdependent, and not all of them are true entrance points.

There are five basic categories, or we can say types of app components. And each have its own purpose and life cycle. That describes how they are made and demolished. They are as follows:

A single screen with a user interface is represented by this component.  For example, if we talk about an email app. It may have one activity that shows a list of new emails. However, another activity composing emails, and the last activity is reading emails. The app’s activities work together to create a unified user experience. Each of them, though, is self-contained.

It is a background component that performs tasks for remote developments or long-running procedures. It doesn’t have a UI (user interface). However, it is the most common thing that we almost do while using a phone. For instance, it allows the users to use a different app. on the other hand, the music plays in the background. So in another way, we can say it is some sort of multitasking thing.

It is the third component that is in charge of app data that is shared. Data you stored in the file, on the website, or in an SQ Lite database can be enquired and even updated by using this component until the content provider allows it. Moreover, this component can also be used to write and read data. That isn’t shared and is only accessible by your app.

This component is accountable for responding to system-wide broadcast declarations. The system generates the majority of the broadcast receivers. And while they don’t have a user interface (UI) or they don’t show UI. Therefore, they can provide a status bar notification that alerts the user when a broadcast event happens. In general, it serves as a link to the other components. Moreover, it performs only minor tasks.

Intent, asynchronous communication, triggers three of the four components. We have discus, i.e., services, activities, and broadcast receivers. Individual components, whether they belong to your app or not, are also bound to one another via intents at runtime. 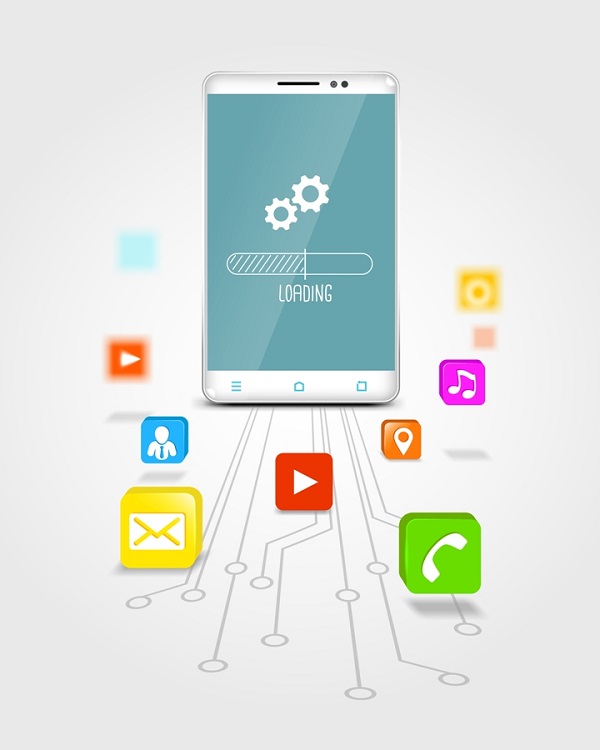 With so many different devices and operating system versions, we can say Android is a fragmented market. So, it’s vital to bear in mind that if your gadget supports more devices and versions. It will necessitate additional maintenance and testing. On the other hand, it increases the associated expenditures. The opposite of this situation is also true.

You’ll also need the right fonts, graphics, and layouts to ensure that the greatest possible experiences deliver across various screen sizes. It would be best also to consider the multiple sensors and User Interface features that Android supports. There is an application class, one or more activities, and one or more fragments in every Android app. You probably have services for background activities that run continuously in some cases, but not always.

Always guarantee that the thread is not blocked if you want to give a fantastic and smooth (UI) user interface. As a result, large operations like computations, I/O, network, and many other should all be executed in the background asynchronously. Primarily on a different thread of implementation. It is why it’s critical to understand Java’s concurrency features.

A Mac or Windows PC, any form of Linux, and Eclipse, the ADT Plugin, and the Android SDK—all of which are free—are all you require to develop an Android app. if you don’t know the process. Don’t worry. You can understand how to set up your development environment by reading the installation guide on Google.

It has all of the necessary documents. However, when building an Android app or offering mobile application development services, you should take into account a few specific parameters. Among them are the following:

If you don’t respond to user input within five seconds. Else the operating system OS will app not responding (ANR) to you. If your ANR application isn’t responding, you’ll have no choice but to force close it.

Because there is just one User Interface thread. It should never be blocked, as previously stated.

Wake-lock is the mechanism that forces the device to accomplish something. Despite the battery manager’s advice to put it to sleep. That should be used carefully. Polling hardware, for example, GPS or accelerometer, unnecessarily will quickly drain the battery.

Today, most people own a smartphone. And they give most of their time using apps. Indeed, several people download several apps almost every day. They assure that a profession as an Android App Developer in a software development company is a solid one with plenty of room for advancement. There’s a lot to learn when it comes to Android App development, so start with multiple Google-approved and Certified Android App Developer training courses.

During the course, you’ll learn to understand Android principles as well as the other skills you’ll need through hands-on experience. There are several ways you can use to get basic knowledge about Android app development. For example, you can check YouTube for lectures and idea generation. Your generation is enthusiasts for learning new things.

Enterprise Architecture: Here's What You Should Know
Ways to Use Affiliate Marketing to Boost Business Efficiency